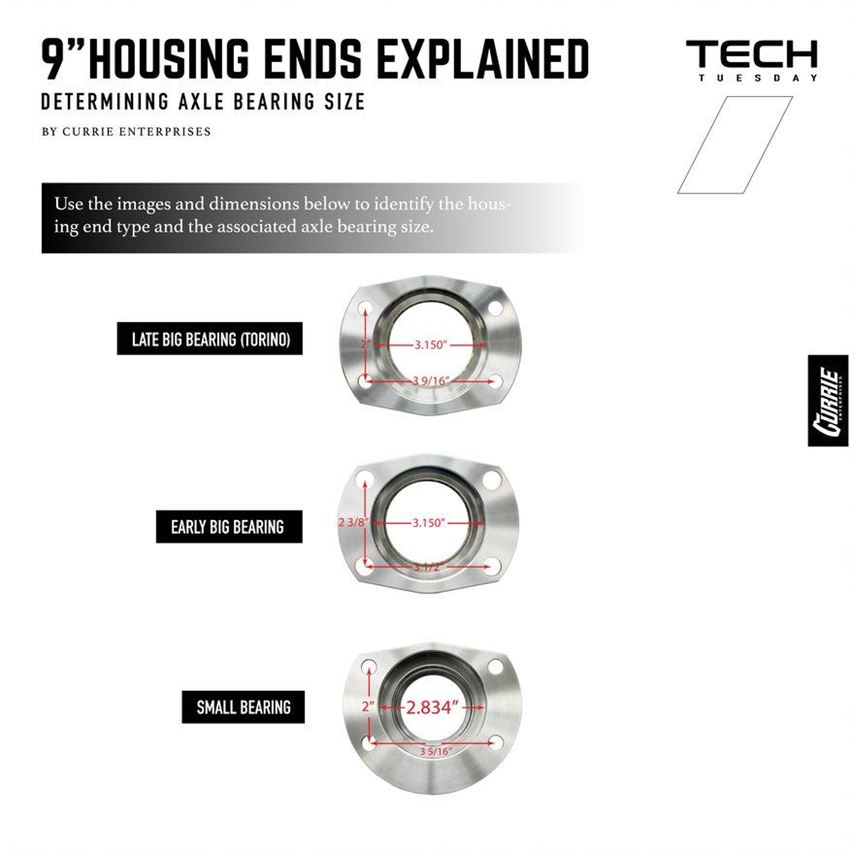 The 9-inch was standard equipment in almost every Ford car and light truck built from 1957 through 1986. Today, due to its legendary strength and unparalleled aftermarket support, it can be found in every manner of custom hot rod, muscle car/truck, and drag car. During its long production run, two different axle bearings sizes and three different housing end styles were used.

There is only one sure-fire way to determine the axle bearing size of a 9-inch without removing the axles, and that's to measure the bolt pattern spacing of the housing end. With the brake drum or rotor removed, measure the distance between the bolt hole centers, as shown in the images below.

Use the images and dimensions below to identify the housing end type and the associated axle bearing size.

Many internet sources will claim that the bearing size can be reliably determined by the size of the T-bolt nuts used to secure the bearing retainer plate to the housing. It is said that small bearing housings always use a 9/16 socket size, while the big bearing housing use 11/16 socket size on the retaining nuts. While this method may work some of the time, it can also yield incorrect results, as there is no guarantee that the bolt/nut size was not altered at some point during the life of the rearend.

Leave A Comment
Comments
Guest
10/22/2020 7:10 AM
thanks for the inform
Search
Categories
Archive